A lot of People have been asking this question on how do we keep our Windows Image as Updated with Patches and not have to create it from the scratch every time around . Let us say that you have created a windows Image and deployed it on some users machine . After two months you have to deploy the OS image again .As apparent , the image is not an updated image with latest patches .In this case you can :

1. Recreate the Image from the Scratch with Latest Patches and apply it.

1. Recreate the Image : In this method you recreate the Image and then capture a reference computer with Latest Patches and then Import it into SCCM. Though simple , the process is time consuming and prone to Issues if Image is not captured properly.

2.Update Image Using Schedule Updates Utility : This will be Wizard Based Process and is applicable to CBS( component Based Servicing) updates and for the following operating systems:

To use it you have to go to OS Images > Click schedule Updates and follow the Action Items . Note : Updates have to be Synchronized into SCCM.

3. Third is Using DCIM . The process is to Copy Image in Temp Folder .Mount Patches into Image and then Reimport Image in SCCM.

4. Fourth Option is to use MDT

2 thoughts on “Adding Patches to a Windows Image in SCCM” 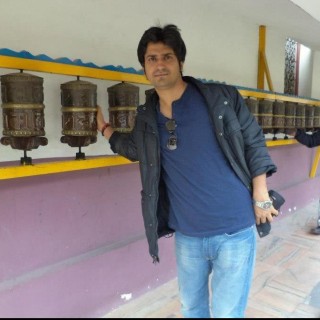 A perennial thrill-seeker with an avid interest in transforming and improving lives around the globe through the wonderful gift of technology, I am the Senior Vice President of Henson Group . My specialties include Leadership, problem-solving, and putting cutting-edge technology (Cloud, Artificial Intelligence, Machine Learning) in the hands of corporates, startups, and professionals. I have been obsessed with the idea of using technology to solve real-world problems. Having previously worked with global software giants like TCS and IBM, I now usually sit at my office at the World Trade Center, New York and Chandigarh , India. Among my greatest achievements, increasing the revenue of Henson Group by ten-folds in the past two years, remains my favorite along with the fact that Henson Group’s India center has now become ‘a center of excellence’ with its entire technical team being Microsoft certified. On the delivery side, I helped Henson Group attain the prestigious “ Azure Expert MSP Certification “ with Microsoft . Hailing from Jammu, my team has grown from five to 150 employees and associates in just two years. Even during COVID-19 era, our growth has soared while helping corporates, industries and startups to tide over many hurdles and challenges. Henson Group is recently featured at rank 132 in the Inc. 5000 Rating. Skillsets: Cloud Services, Managed Services Provider (MSP), Computers & Networks, Artificial Intelligence, Machine Learning, Project management, Leadership , Cyber Security Mr. Dutta manages and monitors the performance of consultants and partners on engagements, communicating with the account executive, project teams, and customers. Works in close collaboration with the Microsoft project manager, providing hands-on project management expertise as required. Mr. Dutta provides direct oversight over the MSP Client Operations team responsible for managing MSP relationships with existing MSP clients and day to day operations of these accounts. Mr. Dutta oversees the Centralized Delivery Team that is responsible for high volume cloud migrations and MSP delivery to current clients. Team consists of over 120+ engineers and project managers.